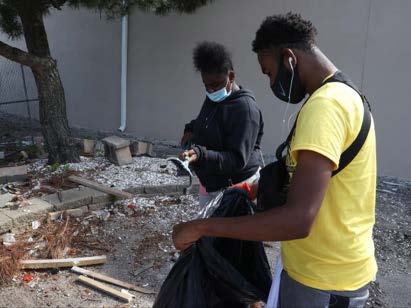 August 5th, 2020 – ATLANTIC CITY — On a sweltering Monday morning in late July, Chris Lopez, Dewayne Johnson and dozens of their peers cleaned up litter and debris on the streets and abandoned lots scattered throughout their hometown.

While many teenagers are still sleeping at 9 a.m. in the summer, the Atlantic City youth of Leaders in Training had already been working for an hour and earning a steady paycheck, learning new skills, building relationships and fostering pride in their community.

“I heard about (Leaders in Training) through a lot of people. They were saying there’s good people coming around, cleaning up the mess,” said the 17-year-old Lopez, who also works part time at Steel Pier. “I want to be a part of that, because it’s the city, and I love my city.”

Johnson, 18, said other young people in the city would take advantage of the opportunities presented by Leaders in Training.

“We want to work,” he said. “This is a wonderful program to help give back to the city. There’s not a lot of people out here working, and, I mean, I know kids who would like to.”

Leaders in Training is an eight-week workforce development program for Atlantic City youth ages 14 to 20. The program, established by the Rev. Collins Days of Second Baptist Church and Joe Jingoli, co-owner of Hard Rock Hotel & Casino Atlantic City, runs four days a week from 8 a.m. to noon and pays $15 per hour.

Started last summer in response to a flurry of youth gun violence in Atlantic City, Leaders in Training focuses on at-risk youths (a term neither Days nor Jingoli is fond of) who have been identified by law enforcement, the judicial system, faith-based organizations or community leaders as needing direction and guidance. The Atlantic County Prosecutor’s Office, the Atlantic City Police Department, the Atlantic City Housing Authority, the Fellowship of Churches, the City of Atlantic City and Atlantic County, among others, have all pitched in to offer support and resources.

Two weeks ago, the Casino Reinvestment Development Authority stepped in and provided $325,000 to fund the program. Hard Rock — separate from JINGOLI’s financial contributions — donated an additional $35,000.

“I’m just grateful for the foresight and sense of community that CRDA has and Hard Rock has to really make a difference in these kids’ life. They’re saving lives,” Days said. “We started the program last summer and, really, the violence stopped after (that).”

“There’s no reason that every young person in Atlantic City who wants a summer job shouldn’t have one,” Jingoli told one group of LIT kids Monday morning who were working near Community Baptist Church on New Jersey Avenue. “There’s no good reason on this Earth, so you’ve got my commitment. … You’re doing your job; now it’s time for us to do our job.”

Days and Jingoli want to see LIT become more than a summer jobs program. Jingoli said next year he would like to see the casino industry recruit LIT kids for work.

“If we can lay out in front of them the next job, the next opportunity, then we believe that’s going to change the relationship between the industry and the city, and young people and how they view themselves and us,” Jingoli said. “I don’t think we stop. And we haven’t reached our goal until every young person in the city of Atlantic City that wants a job and wants to work has that laid out in front of them.”

Beyond street cleanups, the youth of LIT learn to work with power tools and lawn care equipment. Some will work with technicians this summer to repair street lamps in the city.

Several of those who participated in the program last year were the “only breadwinners in their house,” Days said, underscoring the pressing need for more jobs for Atlantic City residents. “The economic impact it’s making on their homes is tremendous.”

Rosa Farias, deputy executive director of the CRDA, noted that nearly one-third, or roughly 10,000 people, in Atlantic City are under the age of 18.

Before moving over to CRDA, Farias worked with Jim Johnson, former special counsel to the governor for the Atlantic City transition, whose detailed report highlighted the city’s youth as “the forgotten citizens.”

LIT also provides young leaders a chance to mentor and guide the program’s participants. Roughly 25 team leaders are assigned to supervise the groups during the workday.

Nairobi Hathaway, 24, said her role is more than just making sure the work gets done each day.

Hathaway said she tries to connect with those in her group and teach them life skills, such as money management and personal responsibility.

“They just got paid this week. So I made a bet with whoever can save the most money I’ll match it, just to give them a little motivation to save,” she said. “These kids all have a good head on their shoulders. They have bright futures.”

Even without a monetary incentive, many of the LIT participants said they just want to do the right thing. 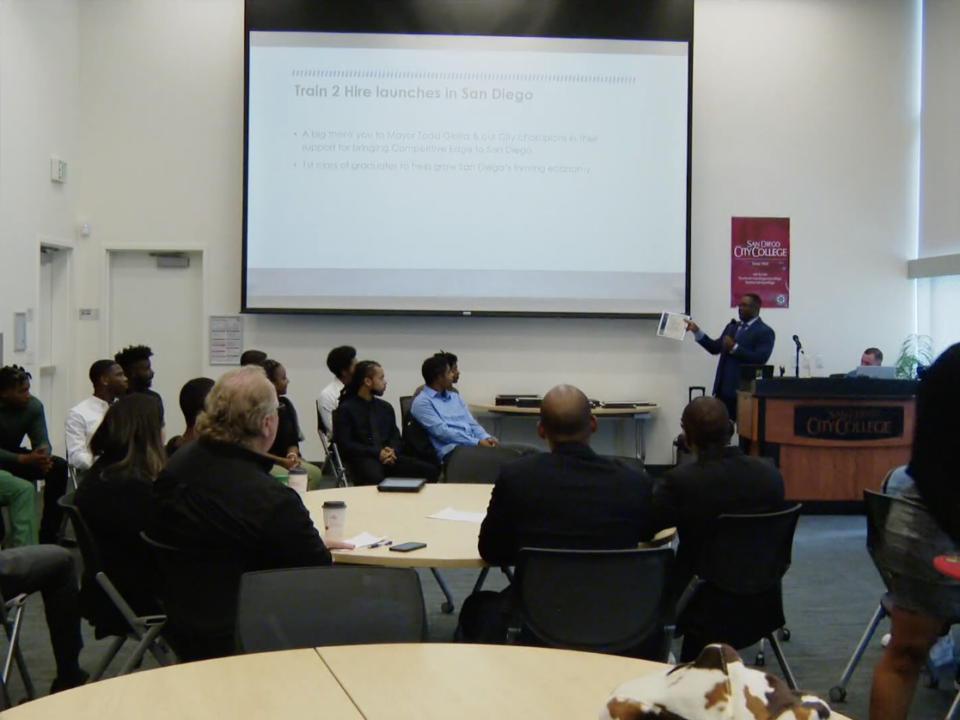 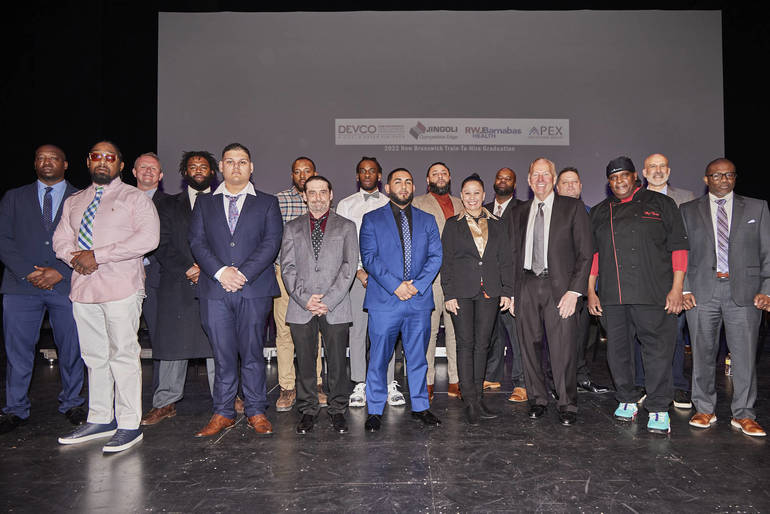